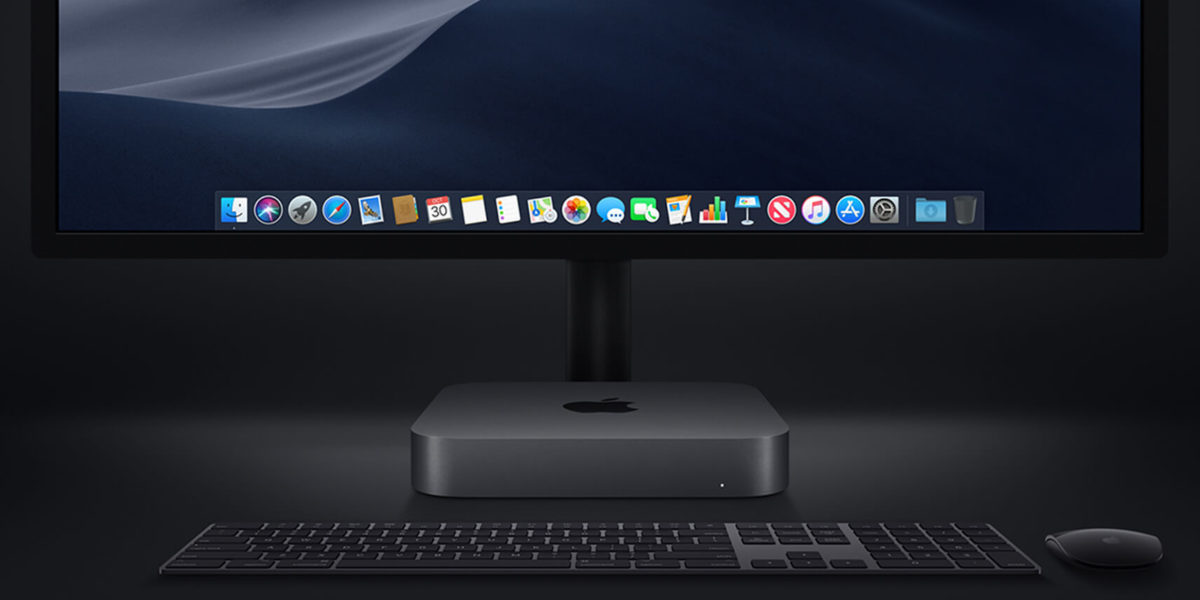 For the last decade, I’ve been a dedicated “Mac guy.” Most recently, I’ve been using a 2015 MacBook Pro as my workhorse computer. It’s been great, but with any good tech, improvements happen fast and my setup has become more and more outdated.

Luckily, Apple has finally been updating a slew of Macs from the MacBook Air to the Mac Mini. My goal was to hold out and buy a loaded 27″ iMac, but so far the iMac hasn’t received any updates. That’s when I began to explore the allure of the new Mac Mini.

Previously, the Mac Mini was known as an entry-level Mac option. Since it comes without a display, you can just swap out your current PC setup, making it a great transition piece for those new to Mac. However, over the years, the Mac Mini was put on Apple’s shelf, only receiving modest updates years apart. Many believed it would just fade into the quiet darkness.

At the Apple Event in October though, the Mac Mini was announced to have updated specs and a new design. They had me at Space Gray.

That’s when I start doing the math. I had already priced out that luxurious iMac, so I had an idea of my pain tolerance on a new machine. Would the Mac Mini be a viable option? Starting at just $799, it sure was looking that way.

By controlling my display options, I was able to secure a brand new desktop solution with dual monitors for about half the price of a 27″ iMac. 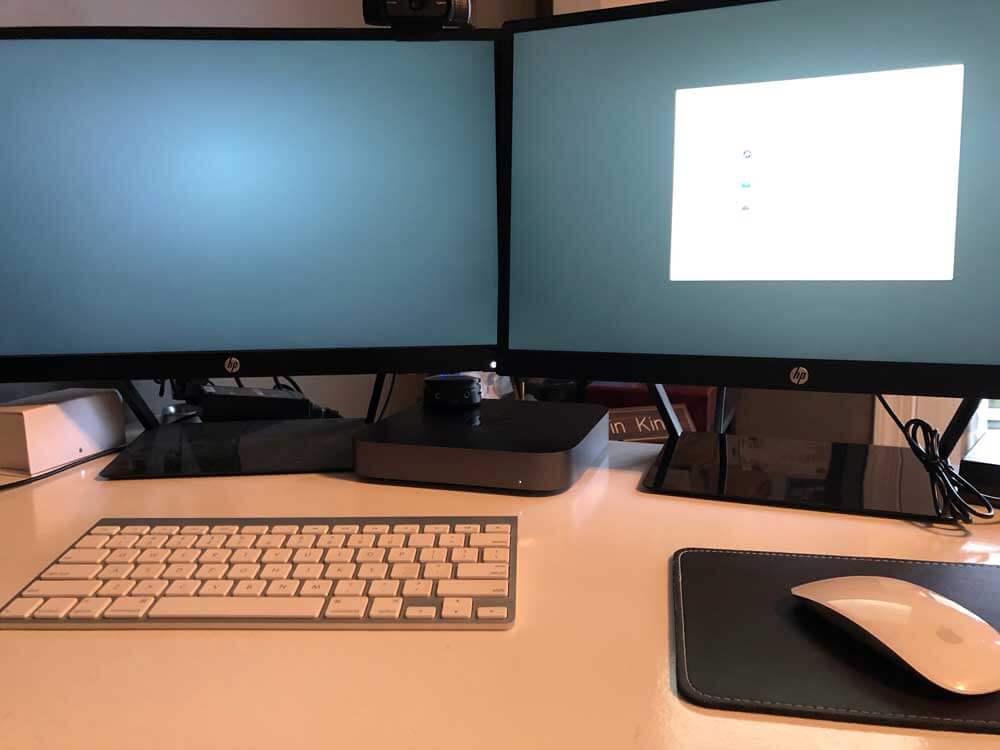 Here is the setup I went with:

The Mac Mini is probably the most attractive Mac option available right now. By following my tips above on saving cash in the peripheral department, you can have a heck of a Mac setup on a budget. With the base model starting at just $799, you can have a great setup for hundreds less than a base-model iMac. This option can be a great way for those thinking about switching to Mac to dip their toes in. Or, if you’re like me, you can up the specs to get a real workhorse solution for half the price of a comparable iMac. Either way, the Mac Mini is worth a second look.

I’ve been using this setup for more than a year and a half now. Unfortunately, I’ve run into some pretty frustrating issues. They are nothing major but are rather annoying, especially for an Apple product. The first issue is my dual USB C monitor setup. The second issue is with my wireless keyboard and mouse, specifically my Magic Mouse 2, dropping signal constantly.

After some use,  the dual USB C monitors caused a few glitches. Sometimes the monitors wouldn’t come on, and sometimes it would switch the left and right orientation. To alleviate this, I have found using one monitor with HDMI works better. Like I mentioned, it’s not necessarily a deal breaker, but it doesn’t just ‘work’ like it should.

The second issue started more recently. I would be working and my black Magic Mouse 2 would just drop the connection. Usually it would re-connect itself, but lately that stopped happening. I tried charging the device, turning Bluetooth off and all, all of the typical troubleshooting tricks. I ended up having to grab my old Magic Mouse.

Not willing to give up on a slightly used product I kept fighting with it and doing research. I can’t say that I’ve found a solution though it does seem to be working better at the moment. I found a few posts online showing that the 2018 Mac Mini has a lot of interference issues caused by the small form factor design. They recommended spacing out your devices and disabling WiFi if possible.

So I did that. I have always run a hard-wired desktop but use WiFi for AirDrop, AirPrint, etc. I guess I will just turn it back on when needed. I also moved my backup drives further away and removed any extra USB devices not in use. I’ll keep you all posted on any updated.

E Harris
18:15 13 Jun 18
Our company has been working with Kevin for just over 2 months now. We originally had him migrate our ecommerce site from an ecommerce platform (3dcart) to Wordpress. Because our site was so large, we ran into a few hiccups along the way. But, not once did Kevin give up, say something couldn't be done or lose his patience. He took the lead and researched numerous plugins, all the while working with their developers to get them to do what we needed done. Nothing seems to stand in his way of getting to the final destination. And, all the while he maintains a relaxed and cheerful demeanor.Thanks, Kevin for what you have done for us! Oh, and now we're having him do the same for one of our other ecommerce sites.